This page provides information about how women are empowered through services and facilities in the areas of education, health, jobs and more.

The UAE observes Emirati Women’s Day on 28 August, the day of the foundation of General Women’s Union. Observation of this day aims to hail the efforts of Emirati women who play different roles; from a mother to a pilot and a leader and lead in building the nation. All government and private organisations celebrate this day.

In May 2015, the Government adopted a decision to establish UAE's Gender Balance Council to ensure that Emirati women continue to play a leading role in the development of the UAE. The Council is charged to oversee the implementation of best practices and processes to ensure federal institutions achieve their gender balance targets, which will support the UAE's vision to become one of the world's top 25 countries for gender equality by 2021. The Council carries out several functions, including reviewing legislation, policies and programmes to achieve gender balance in the workplace. 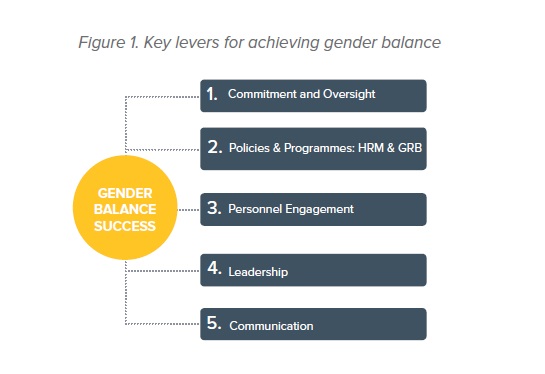 The National Strategy for Empowerment of Emirati Women aims prepare a legal and institutional framework supporting women according to the best practices related to woman empowerment. It further aims to promote gender equality and empowerment of women and girls at all levels.

The UAE recognises and values unpaid domestic work of women through the provision of public services, infrastructure and social protection policies and the promotion of shared responsibility within the household.

According to Federal Law No. 2 of 2001, monthly assistance is provided to the following categories of UAE nationals residing within the UAE:

To ensure universal access to sexual and reproductive health and reproductive rights as agreed in accordance with the Programme of Action of the International Conference on Population and Development and the Beijing Platform for Action, the National Strategy for Empowerment of Emirati Women aims at providing healthcare services to woman in order to enhance her body and psychological health. The strategy provided mechanisms to achieve this goal:

Read more about the women's healthcare in the UAE.

Education for Emiratis is free in public schools, colleges and universities. The UAE govern focuses on elimination of gender disparities in education and ensure equal access to all levels of education and vocational training for the vulnerable, including women and persons with disabilities. Article 17 of the UAE's Constitution and Article 1 of Federal Law No. 11 of 1972 concerning Compulsory Education provide that education is compulsory at primary stages and free of charge at all stages for citizens in the UAE.

Aiming to bring the compulsory school-leaving age more in line with many other advanced countries across the world, the UAE Cabinet approved a new law in July 2012. This law makes it compulsory for Emirati children to start schooling at the age of 6 and remain in school until they have completed Grade 12 or reach the age of 18, whichever occurs first.

Read more about education in the UAE.

Empowerment of women in the UAE had started in 8 February 1973 when the first women's meeting in the UAE, 'The Renaissance of Abu Dhabi Women Association' was held. The foundation of similar associations began in other emirates. Sheikha Fatima Bint Mubarak envisioned the need to cope with the unitary ideology of her husband, the late Sheikh Zayed who was the Founding Father of the UAE and established General Women's Union in 1975 joining all women associations in the UAE.

Since then, the UAE has implemented a number of initiatives for the economic empowerment of women in the UAE. In December 2012, the Government issued a decision on the mandatory membership of Emirati women in the Boards of Directors of federal bodies, companies and institutions.

Women in the workforce

As of 2015, women occupy 66 per cent of public sector jobs, one of the highest proportions worldwide. 30 per cent occupy senior leadership positions associated with decision-making roles.

Women in the UAE participate actively in the private sector in various roles including that of entrepreneurs and managers. According to another report published in November 2015 in WAM, there are 21,000 women employers in the UAE.

Women in the UAE have equal rights to economic resources, as well as access to ownership and control over land and other forms of property, financial services, inheritance and natural resources, in accordance with national laws. Women business-owners account for 10 per cent of the total private sector in the UAE. They run projects worth more than AED 40 billion and constitute 15 per cent of the members of the boards of directors of the Chambers of Commerce and Industry.

On 8 March 2015, Sheikha Fatima bint Mubarak, the Chairwoman of General Women's Union (GWU) launched the National Strategy for Empowerment of Emirati Women in the UAE for 2015-2021 (WAM). The strategy provides a framework for government, private sector and civil society organisations to establish work plans to position the UAE among the most advanced countries in the area of women's empowerment.

Women in the restructured government

The new federal government witnessed the largest structural changes in its history; several new portfolios were added and new ministers were appointed to handle these roles.

Among the 32 ministers of the new government, 9 are women constituting almost 27 per cent of the total ministers. Women ministers handle the new portfolios of tolerance, happiness and youth. The Minister of State for Youth Affairs, Shamma bint Sohail Faris Al Mazrui was 22 years old when she took office in early 2016.

The participation of women in the UAE Cabinet is amongst the highest in the world, reflecting the strong position reached by the Emirati women. This way, the UAE empowers and promotes the political inclusion of all.

As for the distribution of positions in government institutions by gender, women make up 66 per cent of the public sector workforce. 30 per cent women are in leadership roles and 15 per cent are in technical and academic roles. Read more facts related to the women in the UAE.

Women in the FNC 2019 elections

As per a directive by H. H. Sheikh Khalifa bin Zayed Al Nahyan, President of the UAE, Emirati women must occupy 50 per cent of the Federal National Council’s (FNC) seats. Currently, there are 8 women members in FNC representing 20 per cent of the 40 available seats.

The step reflects the country's future approach aimed at achieving full empowerment of Emirati women and ensures women’s full and effective participation and equal opportunities for leadership at all levels of decision-making in political life.

Women in the FNC 2015 elections

In the elections for the Federal National Council (FNC) held on 3 October 2015, there were 78 women candidates (23.6 per cent of the total).

Her Excellency Dr. Amal Al Qubaisi was elected as the President of the Federal National Council, making her the first woman to chair a parliamentary institution at the regional level.

Women in the diplomatic corps

Women make up 30 per cent of the diplomatic corps, where they occupy 234 positions, 42 working on missions abroad, and 7 being ambassadors. The UAE has started appointing women as ambassadors ever since 2009. Till date, the UAE has 7 female ambassadors:

In Abu Dhabi and Al Ain cities, there are pink taxis driven by women to carry women, children younger than 10 years old and families. You can call 600-535-353 to book a taxi in Abu Dhabi.

In the emirate of Abu Dhabi, front seats on the public buses are reserved for women.

In the emirate of Dubai, there are pink taxis driven by women to carry women and families. You can book a taxi in Dubai by calling 04-2080808.

In Sharjah too, special taxis for women are available. In Sharjah, you can book a taxi by calling 600525252 or book online.

In Abu Dhabi city, parking spaces are reserved for women and are indicated with pink colour.

This way, the UAE aims to provide access to safe, affordable, accessible and sustainable transport systems for all with special attention to the needs of those in vulnerable situations, women, children, persons with disabilities and older persons.