Workforce in the UAE

The total labour force in the UAE in 2018 was 7.384 million. The total number of people employed was 7.219 million. People working in wholesale and retail trade sector were paid the highest compensation of AED 62,857 million followed by those in the construction and building sector who drew AED 52,959 million as wages. 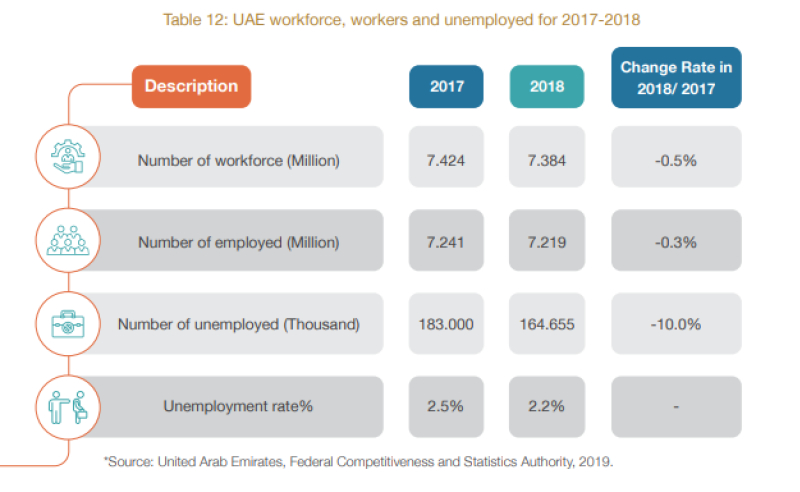 Here are the sectors by percentage of wages earned by the UAE's workforce during the years 2017 and 2018 (of the total wages): 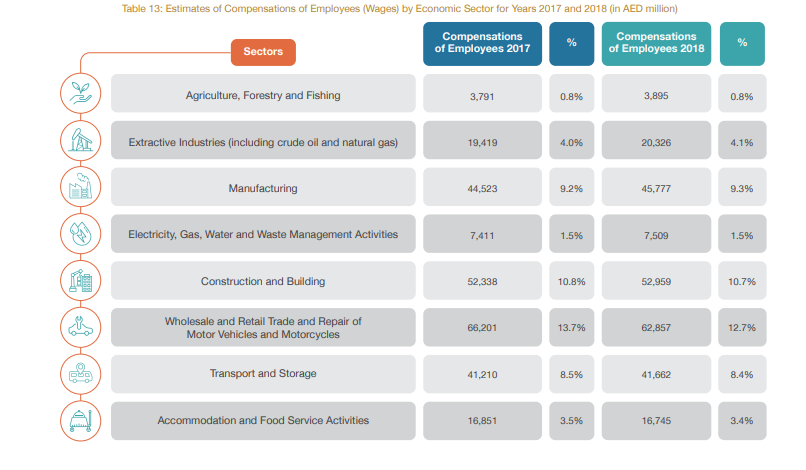 Annual economic reports from the Ministry of Economy

Here are the top five sectors by percentage of employees hired during the year 2016 (of the total workforce):

Workforce distribution by gender and sector

The table below states the percentage of male and female employees in public, private and other sectors in the UAE in 2019.

Find more statistics on the distribution of labour force in the UAE.