As for promoting responsible consumption and production to meet SDG 12, Ministry of Climate Change and Environment (MoCCaE) has been conducting several public awareness campaigns to encourage more sustainable production and consumption patterns across the country. Moreover, the MoCCaE has developed the UAE National Sustainable Consumption and Production Plan Framework, which is a part of the implementation of the UAE's Green Agenda 2030.

The framework aims to:

The framework focuses on a number of sectors of high priority on the basis of the current situation of each of the following production and manufacturing sectors:

Strategies and initiatives for green growth

The concept of sustainable consumption and production is underlined by the UAE’s Green Growth Strategy also called the Green Economy initiative which was launched under the slogan: A green economy for sustainable development and the UAE Green Agenda 2015-2030. 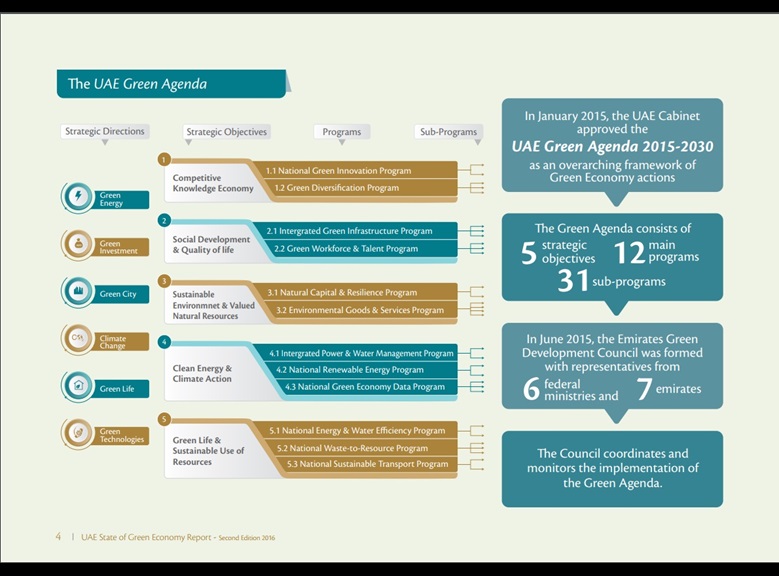 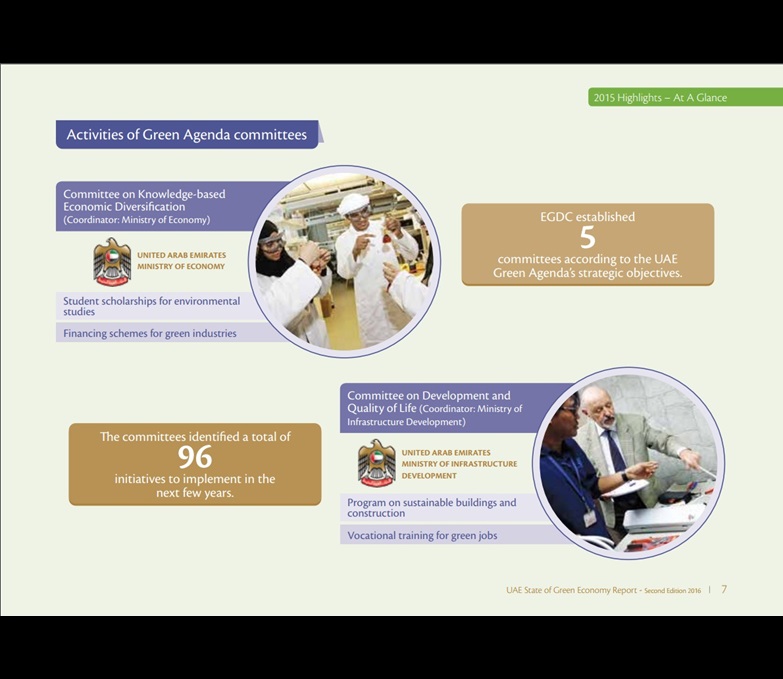 The UAE launched many initiatives to promote sustainable energy resources. These include:

The UAE launched many waste to energy (WtE) projects to use the waste matter into something useful and also to establish one more stable source of energy. Read about waste to energy.

In 2007, the UAE-based telecom company Etisalat Corporation ran a campaign called EnviroFone where disposed eWaste was collected and recycled. The campaign collected 200,000 mobile phones and 52 tonnes of eWaste.

Dubai Municipality’s refurbishment programme upgrades discarded computers and donates them to charity. Check how and where to donate your disposed devices in Dubai.

In 1999, the UAE passed Federal Law No. 23 concerning the Exploitation, Protection and Development of the Living Aquatic Resources (PDF). Under this law, the person wishing to fish and his boat and gears must be licensed.

In addition, the ministry issued Ministerial Decree No. 471 for 2016 to regulate surface fishing using beach seines. The resolution reflects the ministry's aim to regulate professional fishing to preserve, develop and ensure the sustainability of fish stocks and enhance food security by protecting fish stocks from depletion. The decree standardised the specifications of the seines that should be used during the hunt. It also specified the open season for surface fishing to be from 1 October to 30 June of the following year, to avoid depletion of fish.

Dr Thani Al Zeyoudi, the UAE Minister of Climate Change and Environment told Gulf News that food wastage costs the UAE economy around AED 13 billion annually. Food that ends up in landfill emits methane which is more potent than carbon dioxide and adds to global warming.

The UAE works towards eliminating food wastage through:

In 2015, Ministry of Climate Change and Environment together with Blue Planet Green People launched a national campaign titled the I’mperfect initiative to reduce food waste by encouraging food businesses to buy and the public to consume fruits and vegetables that look imperfect or odd, but taste the usual.

Read more about sustainable consumption in energy sector in the environment and energy page.

Due to lack of freshwater sources, it is important for the UAE to identify a sustainable desalination solution to meet long-term water needs. Many desalination plants were established to meet this end which include:

For further readings, refer to the UAE Yearbook 2013.

The UAE is also using soilless agricultural technology in several projects to increase the efficiency of water, fertilisers and soil.

Check the following links for further readings on responsible consumption and production in the UAE: