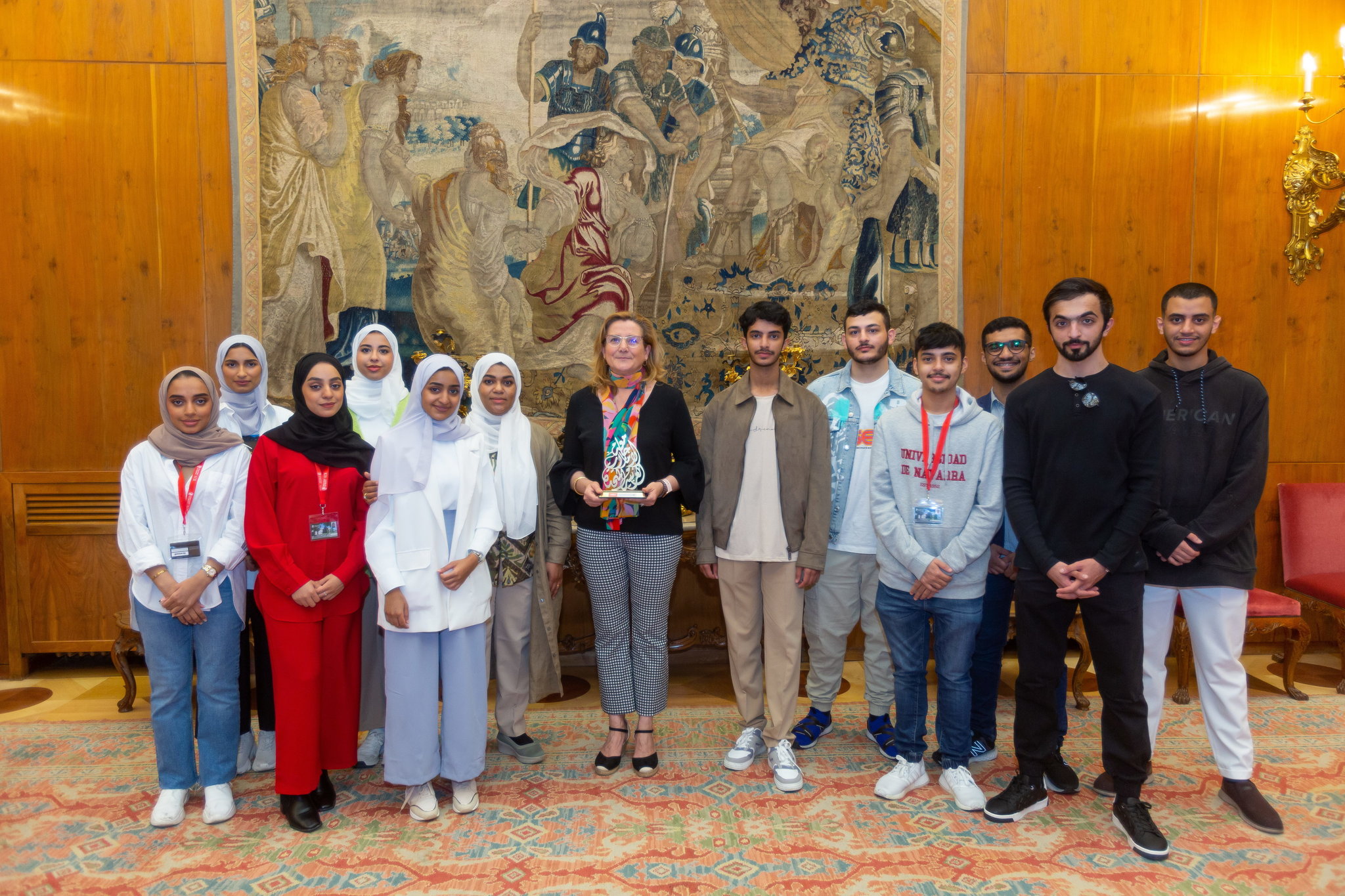 A delegation of students from the United Arab Emirates University has completed a visit to the University of Navarra in Pamplona, Spain as part of their week-long summer training program. The delegation taking part in was composed of students who are studying different academic disciplines and formed part of the agreement between the two universities.

Professor Aysha Salem Al Dhaheri, Associate Provost for Student Affairs fits within the cooperation framework between UAEU and the University of Navarra that aims to strengthen the role of arts and support the upgrade to the UAEU's Art Center by training and the exchange of knowledge and experience.

The twelve students were selected according to their academic achievements and artistic talent, and their ability to produce outstanding creative and innovative works. They are all distinguished by their participation in the extracurricular activities, with work exhibited at the launch of the UAEU Arts center.

The delegation visited the University's Museum, which plays an important role in media and community education, and takes a multidisciplinary approach to art. The museum also seeks to promote participation and cooperation the schools and departments and other centers of the University of Navarra. The students' summer training program also included an intensive Spanish language course for beginners, an introduction to archaeological museums, the history of Pamplona and its varied cultures, the city's ancient monuments erected over numerous centuries and their preservation, and training workshops hosted by several Universities of Navarra's schools and departments.