Scope of the UN eGovernment Survey

The United Nations E-Government Survey issued by the UN’s Department of Economic and Social Affairs assesses the development of digital transformation of governments of the 193 Member States of the United Nations. The survey measures the effectiveness of eGovernments in the delivery of public services and identifies patterns in the development and performance of eGovernments. It also assesses countries and areas where the potential of information and communications technologies (ICT) and eGovernment has not been fully exploited yet and where capacity development support might be helpful.

The survey tracks the progress of eGovernment development via the United Nations E-Government Development Index (EGDI). The EGDI, which assesses the development of eGovernment at the national level, is a composite index of three sub-indices: Online Services Index (OSI), Telecommunication Infrastructure Index (TII) and Human Capital Index (HCI).

The UAE's rank in EGDI 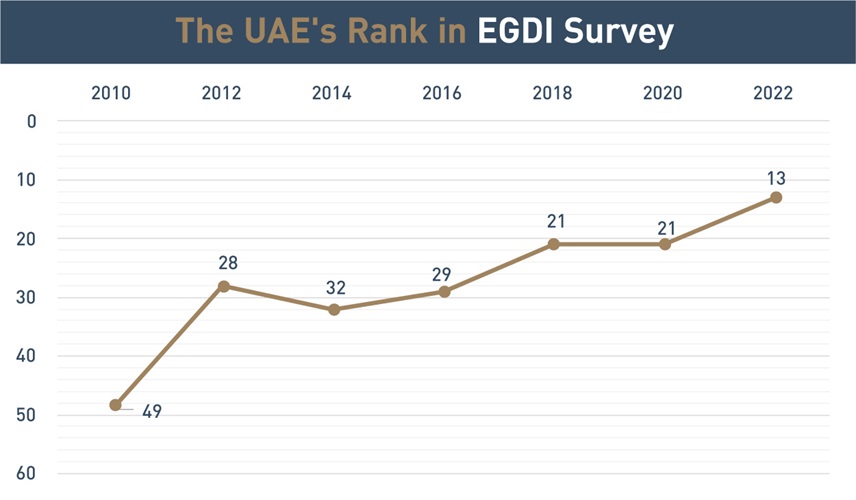 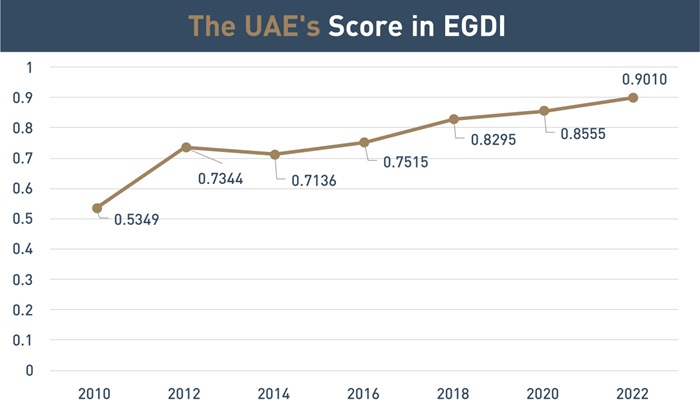 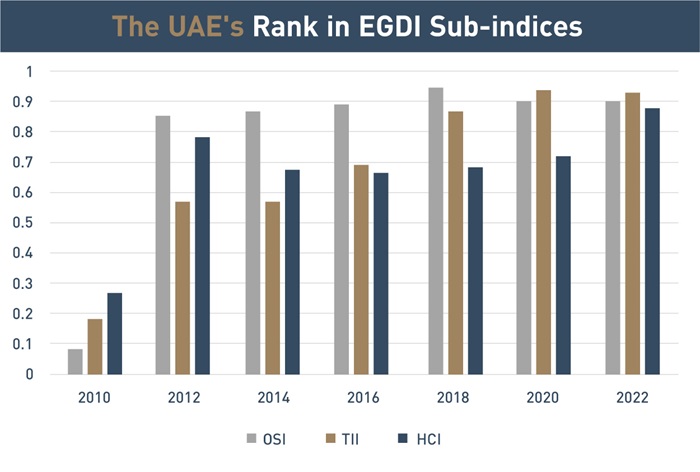 The UAE was ranked first in Arab region and 13th globally in the overall UN E-Government Development Index (EGDI). The UAE’s overall global rank improved by 8 positions from the previous edition and continued to lead the region. It received a ‘Very high’ (VH) rating which is the highest score for the development of digital governments around the world.

Additionally, the UAE was ranked 1st globally in ‘Content Provision’ and ‘Institutional Framework’ which are sub-indices of the ‘Online Service Index’ (OSI).

The ‘Content Provision’ index measures the availability of basic public information and resources online. The ‘Institutional Framework’ focuses, among other things, on digital government strategy, organisational structure, legislation on access to information and privacy, and open data policy.

EGDI 2022 highlighted the increasing contribution of digital transformation and the digital government in accelerating the realisation of the 2030 SDGs and the important role that digital government tools have played to fight the COVID-19 pandemic. 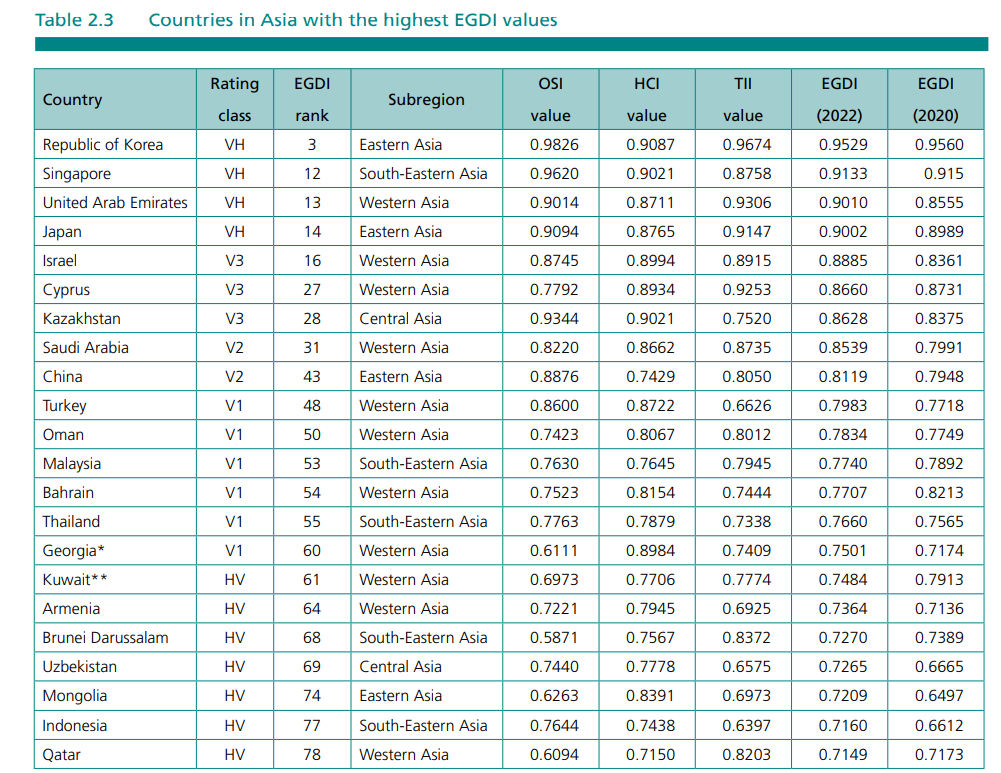 For the first time, the survey assessed the eGovernment in the most populous city in each of the 193 United Nations member states. To that end, Dubai was ranked 1st in the Arab region and 5th globally in the ‘Local Online Service Index’ (LOSI).

Additionally, it obtained the 1st position globally in the following sub-indices of LOSI:

It received 4th ranking in the ‘Technology’ index. 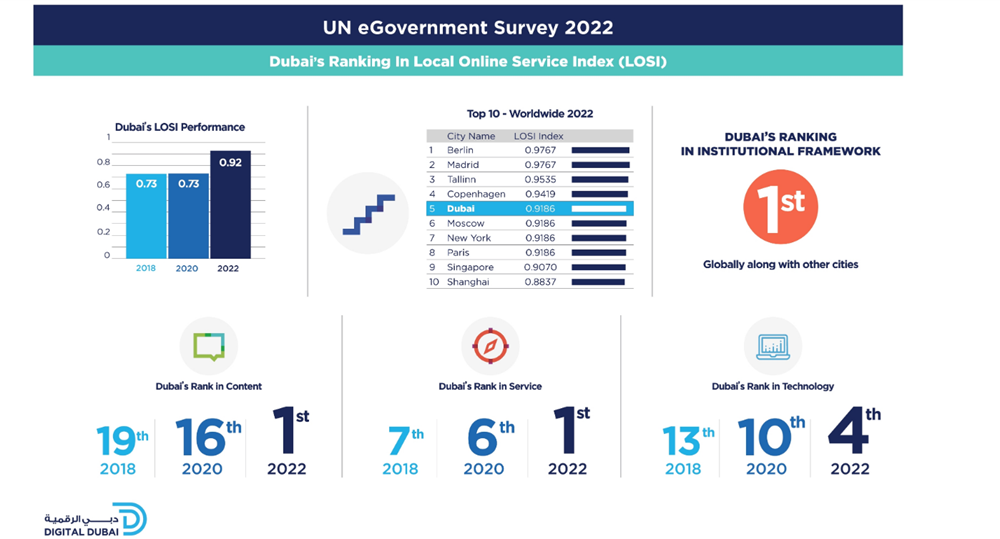 Aiming to leverage the global experiences and benchmarks to develop digital transformation in Arab countries, Telecommunications and Digital Government Regulatory Authority (TDRA) translated and then, along with the United Nations, issued the official Arabic version of the UN E-Government Survey