FANR and support to Emirati women at workplace 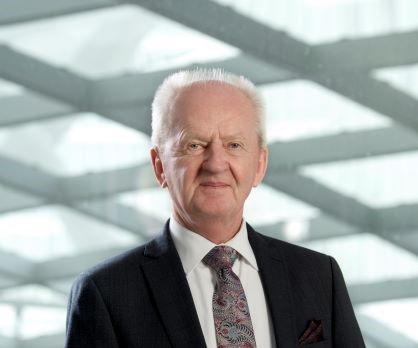 The Federal Authority for Nuclear Regulation (FANR), the UAE's nuclear regulator, has been strengthening efforts to achieve gender balance in the workplace to carry out its mandate in regulating the nuclear and radiological sectors in the nation. FANR supports UAE government plans aimed at empowering and engaging women at work.

As the UAE aims to be become one of the world's top 25 countries achieving gender balance by 2021, FANR has achieved significant strides in empowering women by adopting its Gender Balance Strategy in alignment with government priorities to support UAE Vision and promote gender equality in expert and decision-making positions. FANR has invested in reducing the gender gap and providing the nurturing environment to empower women in the work place. FANR currently employs around 245 employees of which women constitute 42%. Of the workforce, women hold 46% of leader positions and total Emiratization percentage stands at 72%.

Moreover, FANR adopted a number of initiatives and launched programmes geared at building and empowering women skills in the work place: over the past years it has implemented projects to build national capability in the nuclear and radiological sectors with a focus on women skills development. FANR's Developee Engineering Programme started in 2016, which aims to build fresh graduates nuclear knowledge, had 28 Emirati graduates of which are 19 females. FANR also launched its Leadership Programme to develop and strengthen competencies among its Emirati current and future leaders and women represented 48% in participation. Moreover, FANR's scholarship programme had 24 graduates of which 13 are females. In 2021, FANR deployed one of its Emirati female employees to join the 10-month training programme in the International Atomic Energy Agency (IAEA) to work on nuclear non-proliferation matters.

Moreover, FANR plays a global role in advocating and promoting gender parity. FANR's Director-General Christer Viktorsson joined the International Gender Champions Impact Group on Gender Equality in Nuclear Regulatory Agencies, which is led by national and international organizations such as the IAEA. The group aims to create an international community of heads of nuclear regulatory agencies to work collectively on gender issues in their institutions, countries and with international partners to advance gender balance in the nuclear industry.

In 2020, the UAE was ranked 18th globally and the first regionally in the United Nations Development Programme (UNDP) 2020 Gender Inequality Index (GII). This is a landmark achievement for the UAE as it has risen eight positions from its previously-held ranking of 26th in 2019.